One of the first questions I asked myself when this whole trip was just the seed of an idea planted deep somewhere in my mind was “can I do this on my bike?”

I went online and did some research, and the answer was yes. You can go round the world on pretty much any bike if you really want to go for it. Especially if you have the time. And the money.

People have ridden the world in all kinds of bikes imaginable, from classic Harleys to Honda scooters, as well as an R1 or a Goldwing. Basically, unless you’re rich and famous enough to simply call BMW and tell them to lend you a top-of-the-range GS, you ride what you have.

And in my case, what I have is a Suziki DL650 V-Strom, a trail bike that is a bit too road biased for some sections of this trip, namely Kazakhstan and Mongolia. Not only that, but it is a well-worn bike too, having been bought second-hand and used as a daily commuter and also weekend and holiday tool. That said, in the two years I’ve had it it has not developed a single fault, which is more than you can say of some GSs, so I trust it to take me all the way to UB. However, there is a lot of room for improvement, and I want to make sure that the bike is as ready as I can make it for a trip like this. This includes three main areas:

This is how the bike looked like as I bought it, no mods or improvements carried out yet: 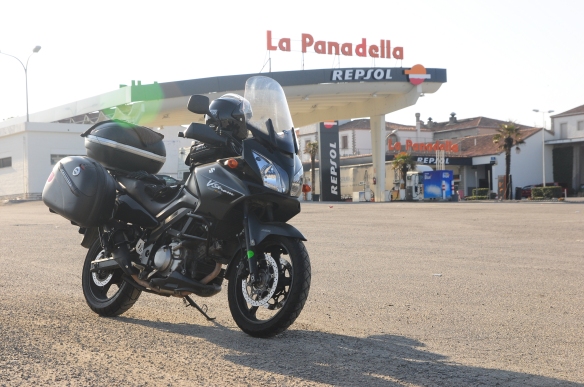 And below is the list of all the things I have to do/get:

I’ll post pictures of the fully equipped bike once everything is done.

3 thoughts on “The Bike”